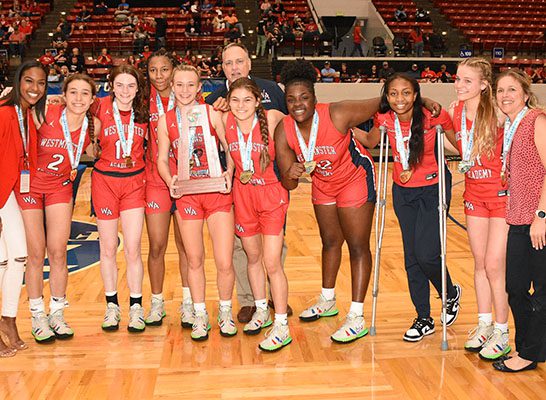 The Lady Lions Basketball Team won the State Championship after defeating Cardinal Mooney 44–41 in Lakeland! The road to the championship was paved with several tournaments, including the Insider Exposure Tournament in Jacksonville, the Shark Showdown in Naples, the Tampa Bay Invitational in Tampa, and the She Got Game Tournament in Atlanta. They finished the season with a 27–5 overall record. The ladies won Districts and then defeated eight-time State Champion and two-time National Champion Miami Country Day for the regional title! The Lady Lions handed FSU High School a stunning defeat of 69–52 in the State Semifinals. With one senior and a young team, we are excited about the prospects for next year as well!

You may read the full proclamation here. Way to go Lady Lions!